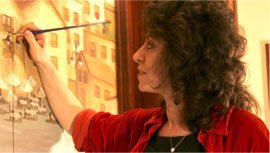 While Joni is humble in her approach to making certain the client’s wishes are fulfilled, it is her policy to collaborate with her patrons. It is typical that at the initial meetings with prospective clients, Joni will come with loads of books used to assist her in seeking out the most inspired direction. Because of this, she has built solid trusting business relationships that have lasted for over a decade. 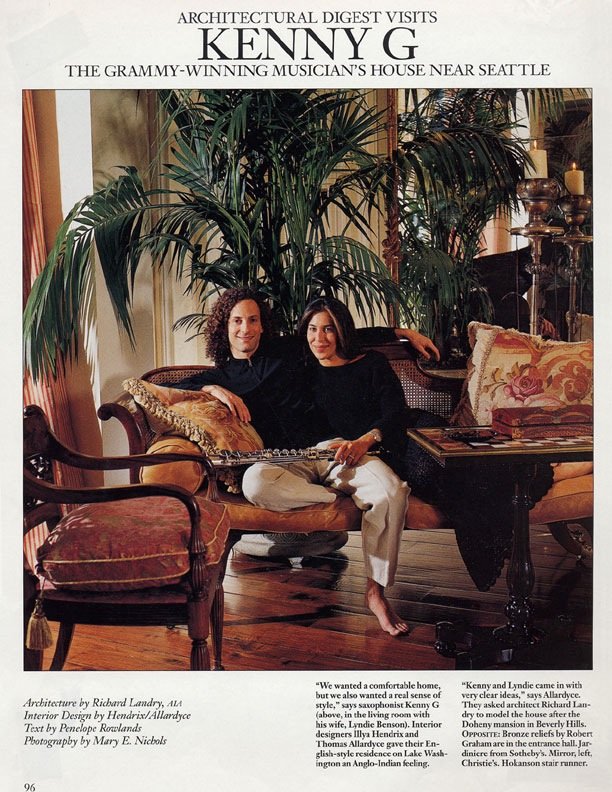 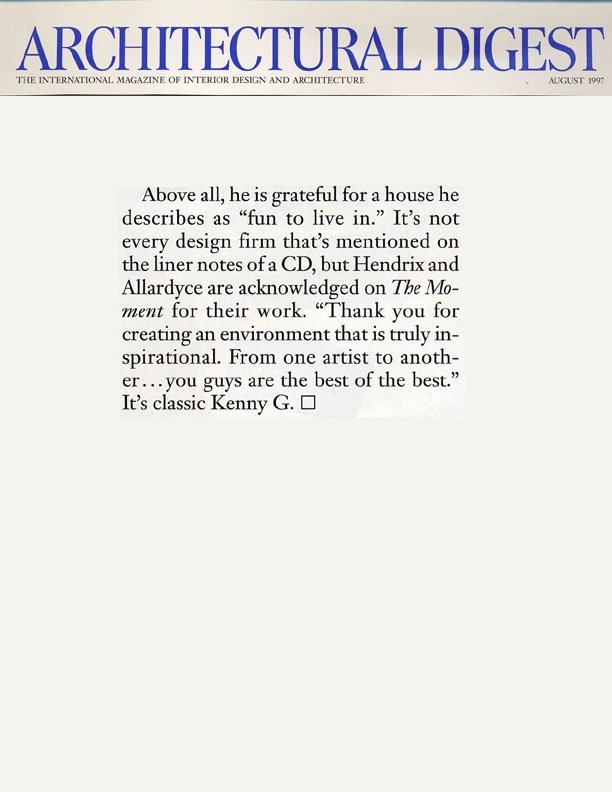 Joni not only found her awakening through the artistic influences of European contemporaries and masters such as Van Gogh and Rembrandt, she was literally born into it. The daughter of two world class artists, Joan DiPirro is listed in the Almanac of Artists of Italy and won third prize in a national showing in the early 1970’s; a rare honor for a female artist in Italy in those days. She was also one of five apprentices of the great master Pietro Annigoni, who was commissioned to do Queen Elizabeth’s portrait which appeared on British currency and postage stamps.

Her father Victor Herman, in addition to becoming a renowned artist himself, was a British flyweight champion in the 1950’s. A student of Signora Simi of the Art Academy of Florence in Italy, his Russian expressionist style paintings hang in prominent collections throughout Europe.

“I remember painting very early in my life,” Joni recalls. “That was all we had. There wasn’t any television at that time in Italy and so our only mode of entertainment and expression was through painting. Even though things got rough at times, we always found joy in art. I now see those days as my great treasures.” 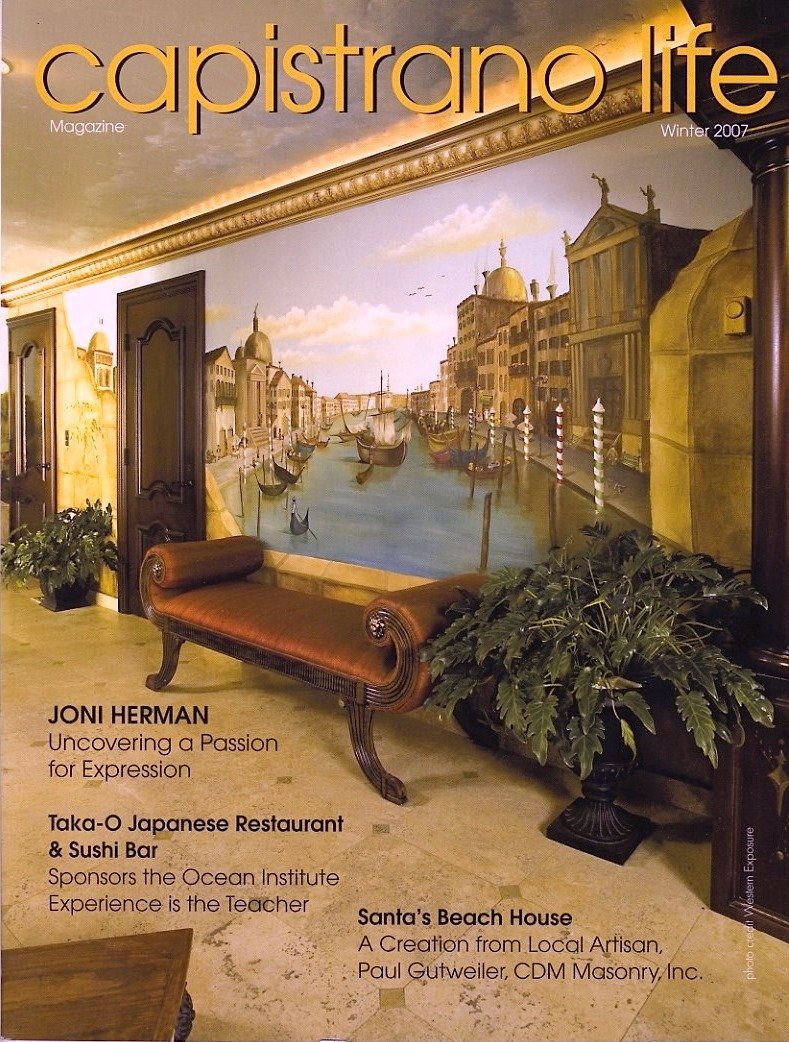 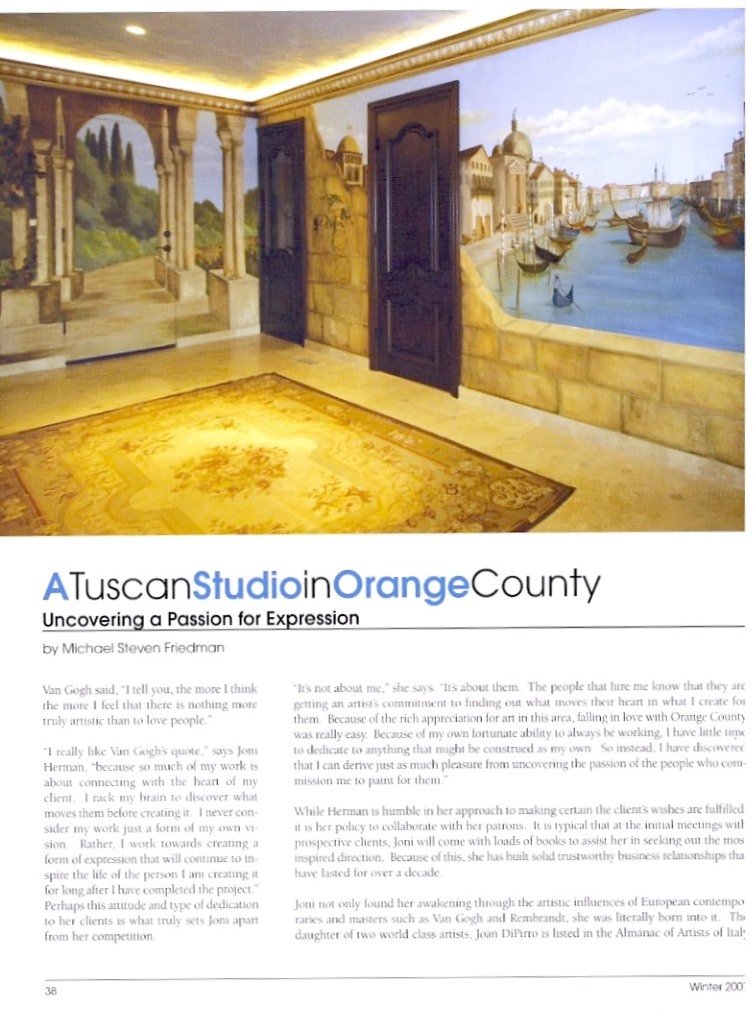 Joni’s cultural influences came from the richness of her artistic education as a young artist living in such places as Florence, Morocco, New York City, and finally settling in southern California where she studied at UCLA. As such, her influences and techniques effloresced by her background gave her a huge advantage over other artists who are considered for similar work.

As gifted as she is an artist, Joni is also a savvy business woman. In 1995 she opened Renaissance Studios from where she was hired by many of southern California’s rich and famous including such names as film director/producer Steven Spielberg to create murals, wall treatments, and finishes in homes and offices throughout the area. She will take a home and sometimes paint through every room in the home creating the feel and look of an old Italian villa. 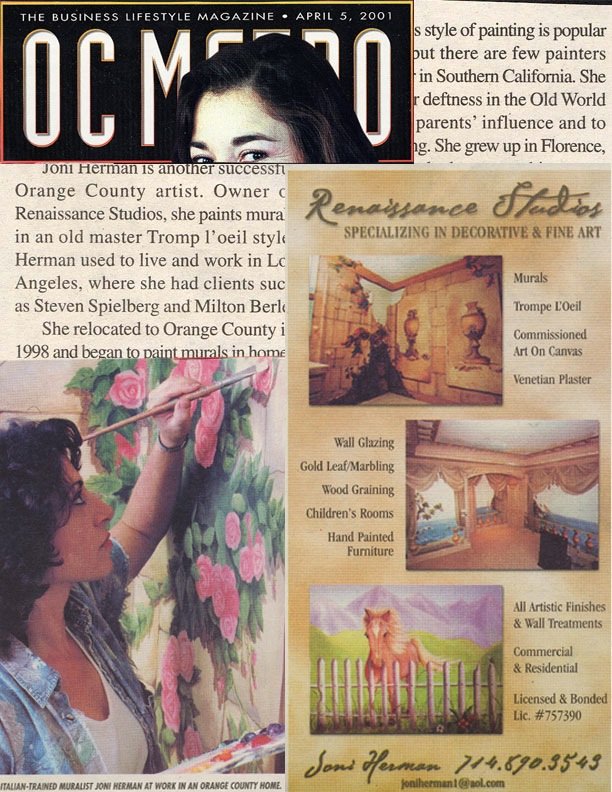 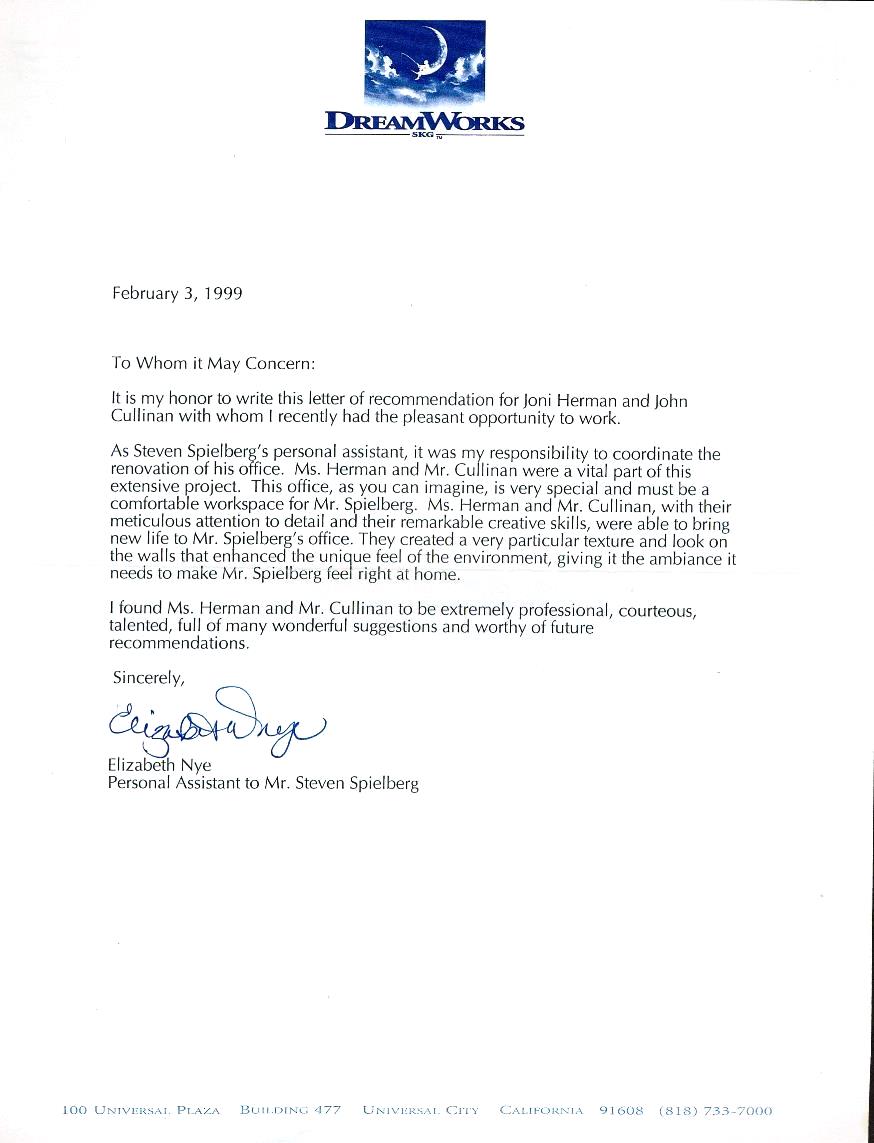 Her work was seen in “Architectural Digest” when in 1996 musical artist Kenny G’s 16,000 square foot home was featured in the magazine. Her work can also be seen in such places as the Four Seasons Hotel in Newport Beach and the Commerce Casino in Los Angeles. Another major client is Fari International.

While Joni works to create inspiration in all of her work whether on a wall, a piece of molding, or a ceiling, it is her work on canvas that really brings out the fullness of her stimulating talent.

“When I start a work on canvas,” says Herman, “I have the opportunity to forge a jewel of my passions and creativity into one focused area. I believe that any artist must first get in touch with their own humanity in order to touch that in others. I would like to think that this has been the focus of where I come from.”

It is quite evident that in viewing Joni Herman’s paintings that she has successfully found a way to reach out and inspire her clients.